On the morning of February 22, 1898, Indians and white men engaged in a “battle” for control of Laredo, Texas. The “battle,” centered at City Hall was fiercely fought, but to no avail.

In the end, the defenders fell and the mayor presented the key of the city to the Great Chief Sachem as a sign of unconditional surrender. The Great Chief in turn presented the key to the lovely Princess Pocahontas, who represented a lost tradition, “a vanishing race.” The ensuring celebration among neighbors lasted for two days, culminating with the reenactment of the “Boston Tea Party.” Thus was born the annual celebration of George Washington’s Birthday in Laredo, Texas.

One of the most asked questions is, “Why celebrate Washington’s Birthday on the border?” The answer must be attributed to the original planners of the celebration, the patriotic Improved Order of the Red Men, local chapter Yaqui Tribe #59, whose members included prominent Laredoans of both Mexican and American ancestry. The committee was looking for a traditionally “American” holiday to celebrate that might offer the best of all cultures influencing the heritage of Laredo’s citizens.

They found that during the fight for freedom, in the American colonies, the Sons of Liberty would disguise themselves as Indians to meet and discuss strategy using the forest as cover. George Washington served as “Sachem” and so within the history of their own society, they found the “American” holiday they sought. It was further discovered that the name “Washington” was not only revered in the United States he help create, but in areas south as well. Respected as the forerunner of such Latin American liberators as Mexico’s Father Hidalgo and Simon Bolivar, Washington’s esteem is not limited to the United States.

The first celebration was a phenomenal success. Its success and popularity grew rapidly and in 1923 the Washington’s Birthday Celebration Association of Laredo, Inc. (WBCA™) received its state charter. In 1939, the Celebration featured its first Colonial Pageant, which featured thirteen young girls from Laredo, representing the thirteen original colonies. Charged with the overseeing of the annual celebration, the WBCA™ has continued its role as developer and leader ever since. The International Bridge Ceremony, one of the major events, serves as the “welcoming ceremony” between officials and dignitaries from Mexico and the United States by exchanging “abrazos,” symbolizing the amity and understanding between two neighboring nations. Over the years, additional attractions and events have been added. Together with its Affiliate Organizations, the WBCA™ now boasts a celebration calendar, which includes more than twenty-eight events and covers a period of four weeks. It attracts approximately 400,000 attendees annually and has a tremendous positive economic impact on the City. 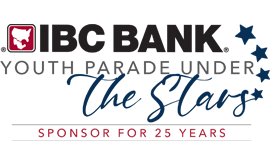